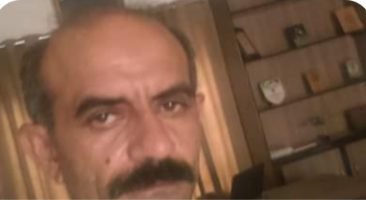 A melancholy man of middling age sitting in the chair beside a little table, with a large volume of an old book spread on it, in a small room. His soul seemed rapt in a deeper reflection. Whereas his sunken eye, now lorn of the ever gleaming love-light of his youthly years, was absorbed on a leaf endited by an eminent visionary of his times. The more he went on the page the expression of still deeper sadness settled on his look. A sudden he stood up and started to stroll in the small courtyard enclosed by a chest high wall of bricks.

The heavens of mid spring was spangled bright. The cold yet enchanting glory of the queen of night had dominated the faint glister of lowly vessels to a highest degree. The fidgety dupe, reclining with the mure, bewitched by the bloomiest daughter of ancient Leto, lost himself, unheeding, in the ethereal enchntment. The empyrean witchery held his soul so deep that he, in a few moment’s gaze, was lost to the terrestrial ugliness of his cheapside surroundings..

The heavenly gloss began to change into a feminine countenance. The large, beckoning eyes, adorned with a few thin roseate streaks on the corners, greeted him smilingly. A high forehead fringed with velvety softness of partially auburn hair appeared next. A soul-absorbing delicacy of the rose petals amalgamated into milk formed the winning sweetness people call cheeks then appeared to his bewilderment with a pair of just budded lillies beneath the paradise of winsome nostrils of a Roman nose. A symmetrical chin and the regal neck, sloping shoulders, long arms and a delicate snowy breast full of cream, the left mamma adorned with a faint mole a little above the tip, aesthetical refinement of the abdomen, straight thighs arrayed in the luscious flesh and the winsome calves and shins. A wondrous paragon tinged in such a winning hue of skin as decks the haloed moon on her youthful night.

‘Why! she is Madeira’, the rapt visionary shouted emotionally rising on his feet.
‘Ay! Madeira I am’, uttered the paragon smiling mildly.

‘How cruel of you, Madeira’,
‘Nay, but the affectionate pity constrained me to soothe your loneliness’
‘The maddening spectre of ambiguity haunts me still’
‘What ambiguity? Phil’
‘you love me or love me not?’
‘a pity, you are fond still the same way’
‘It goads me to flit here and there mournfully’
‘But a rigid, unbelieving fellow you are, a scholar as you are you never read my eyes?’
‘they loom but with the riddles only, your mien never proved your eyes’
‘you were jealousy-stung always and jealousy obscures even the brightest of intellects’
‘yes I was but you provided for it’
‘you cavil at me ever for nothing’
‘nay, but you always denied the truth’
‘you are whims-befooled mere, behold nothing but faults in me’
‘not always’
‘yes always, ever’
‘Then what about the latest incident?’
‘What about that?’ her voice rising
‘I only insist on telling the truths whatsoever’
‘And you always assume every word of me that of a liar, an obsessed fool that you are’
‘No, you know well what you say’
‘I know I tell the truth only’
‘Madeira’
‘You only pretend that you love me’
‘You know I love you true’
‘If you had loved me truly you would never have found faults’
‘I don’t but only pray you to tell truth even if it be the shamefullest ignominy in the macrocosm’
‘You make the matter worst always’
‘Was there none, then, that night?’
‘yes there was’
‘Who was he, then’?
‘None but my sister in law only’
‘It wasn’t your sister, I swear’
‘Yes, everyone in the world is a liar but you the only prophet’
‘If it was your sister why were you breathless like one breathes after exercising a kind of vigorous labour, after the interval of a complete fifty minutes during which time you had turned your cellular phone off, and on turning it on when I got connected, as I was trying to connect incessantly, you could hardly say ‘hello’ in such a dying tone that the you seemed to be fainting’
‘Go, with your obsession, to hell’, she frowned petulantly

The visionary figure vanished the very moment altering the earst while glitter of moon to a night long tupped whore. Philemon staggered and fell like an eradicated trunk on the floor. The passionate pumping of his heart had ceased to stillness.

The death of a musician : Farooq Sarwar