A short story from Pashto literature 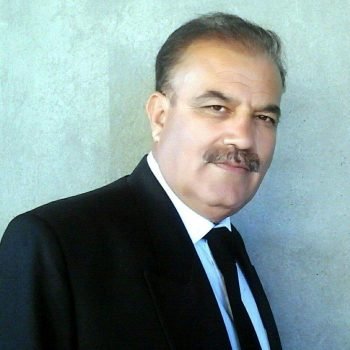 Now the games of Maano and specially her love with him were increased, which made him emotional. Now his every action was abrupt and beyond of his control. He putted his head on the frame of the picture and started weeping with disheartened manners. The tears were a lot and his cries were aloud. It was good that no one was watching him. Otherwise the person also weeps with him.
Now he thought that the mother of the kitty and specially the family which fostering the pet will be concerned about her. I will take the Maano and then left her in the streets of the village. She will find her home very soon, because she is clever and would recognize her house immediately. If she failed her mother will come up to her, there fore he cleaned his tears. His eyes were red and he did not know the fact about their changed color.
He loved the Manoo, put and covered her in his long police coat. Now he left his room and moved to wards the village. Amazingly both loved each other extremely on their way.
"My lovely kitty, beautiful baby and white child, where were you, why you had not seen me before, why we missed each other, though it was our first and memorable meeting but it was good.” The old man was grumbling and involved with her in the depths of his heart.
He left the Maano in the first street of the village. There were silence everywhere, the cold was in full swing and the smokes were coming from the chimneys of the houses. At that time, a distance was making between them. He was still gazing the young cat, making the hints of kissing towards her. Now the far away baby cat also sited in the snow and watched the old man in a surprising way, who was separating from her now. How much he loved her in a single day from others, she thought. Really, it was amazing to her.
Next day, early in the morning the gardeners of the surroundings were surprised because the door of the old man was still closed. It was his routine on each early morning to come out from his room and cherished the gardeners and farmers and then invites them for good tea with gossips and laughter. They still waited, but the door remained closed and was not opened.
Now they lost their patience and go towards the room, firstly called him loudly but after no response they broke the door.
When they entered the room, they surprised because the old man was sited in the armchair. His breath and heart were silent, he was dead, a broken frame with colored picture was lying under his shoes, now in pieces and parts, it means that he broke it. Amazingly a baby cat was sited in his lap, with her white color and beautiful eyes and gazing them with surprise.